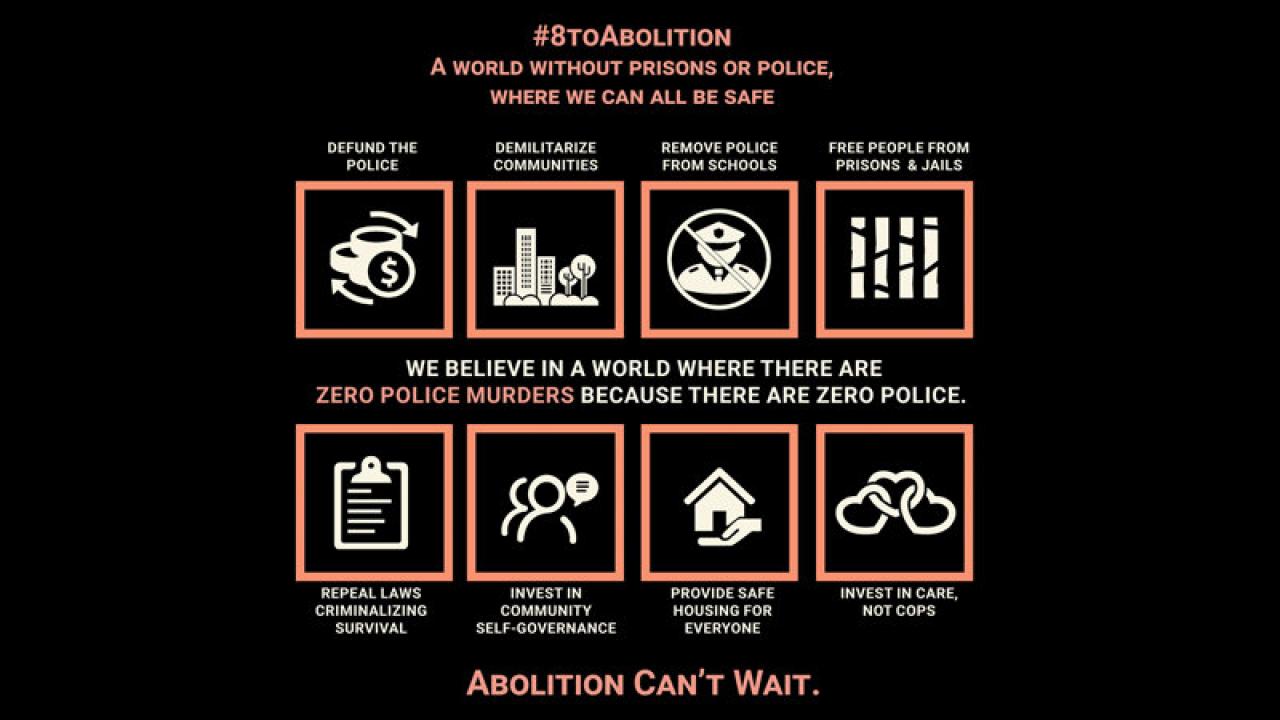 To register for the event:
ttps://ucdavis.zoom.us/webinar/register/WN_pjfso9hOTzWzlyWv3XPG0w

Americans are on the edge. Amid deepening economic austerity and the expansion of carceral technologies, the U.S. government’s manipulation of the COVID-19 crisis has deepened the fault-lines of racialized valuation and the population’s differential exposure to mortality. Astonishingly, the convergence of the health crisis and the visual mediation of antiblack policing in the U.S. has created the conditions for mass revolt. In this conversation, scholar-activists Andrea Boyles, Ofelia Cuevas, and Erin Gray discuss the resurgence of Black movements against policing since the May 25 killing of George Floyd. Drawing on their research on racialized state violence, Professors Boyles, Cuevas, and Gray will discuss the structural relationship between enslavement, policing, and racialization; root current calls to abolish police in the 400+ years movement to end slavery; and contemplate what forms of solidarity and sustainability are necessary to defend Black lives and protect the current upswell of revolutionary energy from the forces of co-optation.

Andrea S. Boyles is a feminist, race scholar, a sociologist and critical criminologist. She teaches at Lindenwood University, and is the author of You Can’t Stop the Revolution: Community Disorder and Social Ties in Post-Ferguson America (UC Press, 2019), and Race, Place, and Suburban Policing:  Too Close for Comfort (UC Press, 2015).

Ofelia Ortiz Cuevas is an interdisciplinary scholar in the Department of Chicana/o Studies at UC Davis.  She is currently completing her manuscript, Visuality of Violence: Watching and Witnessing the Policing of Race, and is at work on a second book, Policing L.A.’s Human Terrain: The Criminal Non-Human at Point Zero.

Erin Gray is a post-disciplinary writer and assistant professor of Black literary and cultural studies in the English department at UC Davis. Her co-edited anthology, The Black Radical Tradition in the United States, is forthcoming from Verso Press in 2021.