In collaboration with our office and partners in the Office for Health Equity, Diversity and Inclusion, the DI-Executive Leadership Team, and campus constituent groups, we are preparing a series of documents and guides for conceiving and implementing anti-racism, diversity, equity, and inclusion plans in units across campus. We will publish and continue to update them here in the coming weeks and months.

Listed below are the action plans that some of our partners on campus are taking to ensure the success and safety of everyone.

DEI STRATEGIC INVESTMENTS
UC Davis has made a number of investments in diversity, equity, and inclusion, and there are additional strategic investments planned for the future in an effort to develop a more inclusive campus community. The "UC Davis Strategic Investments" document shares just some of the many investments that have been made to support our communities, particularly in light of the need to address implicit and explicit bias, racism, and structural inequalities.

BEING AN ALLY REQUIRES BEING AN ANTI-RACIST: 11 SUGGESTED ACTIONS TOWARD ANTI-RACISM IN THE OFFICE AND ON YOUR OWN
Written by the UC Davis Office of the Vice Chancellor for Diversity, Equity and Inclusion; based on the Office of Health Equity, Diversity and Inclusion’s Anti-Racism and DEI Action Plan. Contributions made by UC Davis Constituent Groups: African American Faculty and Staff Association, Asian Pacific American Systemwide Alliance, Chancellor’s Committee on Lesbian, Gay, Bisexual, Transgender Queer, Intersex, and Asexual Issues, Latinx Staff and Faculty Association, Native American Faculty and Staff Association, and the Veteran Constituency Group.

University of California, Davis, Chancellor Gary S. May announced on June 11 the formation of a Next Generation Reforms to Advance Campus Safety Task Force to discuss and assess how the university’s Police Department should evolve to look, operate and engage on both the Davis and Sacramento campuses.

“As law enforcement departments across the country are scrutinized — and justly so — for how they respond to and interact with others, I’m calling on our community to come together and examine what we can do to improve our community policing,” Chancellor May said in his charge letter.

Renetta Tull, vice chancellor for Diversity, Equity and Inclusion, and Kevin Johnson, dean of the School of Law, will serve as co-chairs.

May said the task force will be made up of students, faculty and staff. He called on the group to hear from diverse viewpoints and “seek out members of our community who represent the most critical views of policing, as well as those who have positive associations. We must hear from people with a variety of opinions to develop common ground on which to build.”

May asked the task force to deliver recommendations to him by Dec. 15.

The charge letter can be found here.

Re: Recommendations for UC Policing

At its June 24, 2020 meeting, the Academic Council endorsed the attached set of recommendations for restructuring the University’s security and safety infrastructure. The recommendations build on the work of the Academic Senate’s Public Safety Task Force and the Presidential Task Force on Universitywide Policing. The statement offers a visionary and transformative approach to address the enduring concerns from campus communities about distressing interactions between campus police and students and faculty of color, the militarization of campus police, and the excessive and potentially lethal uses of force during campus protests. It offers a guide for rethinking the role of police on UC campuses.

You will see that the recommendations are substantial. They represent our solidarity with the current protests against racialized police violence, and we believe that the University must respond to this watershed historical moment by reassessing the role and presence of police on campuses. We were proud to see the May 31 statement from you and Chair Pérez:

… silence is complicity: ….. [we have] a sense of urgency and unwavering commitment to end these unnecessary race-based killings and violence… [The UC will] take immediate action to re-examine our own practice…

We look forward to opening a dialogue with you and your successor on the future of policing at UC campuses and the implementation of the recommendations over the suggested three-year timeline. We offer the recommendations to revitalize essential and longstanding conversations within and between all University constituencies. UC could be a leader within Higher Education by creating structures that balance safety and justice, and which undermine legacies of structural racism and police violence.

Thank you for your commitment to an anti-racist University of California.

As interdisciplinary scholars, historians, and social scientists have documented, the very foundation of modern American policing is structured in anti-Black repression and criminalization. This legacy remains embedded in mainstream police culture, wherein police power and authority to enforce laws and restore “order” is regularly mobilized to maintain racial hierarchies. Scholars of modern policing have identified a number of tactics and strategies used to do so, including through violent exclusion and intimidation of “undesirable” people in wealthy or gentrifying areas, fatal and maiming force disproportionately used against Black people and other people of color, as well as through concentrated and aggressive interventionist tactics within communities of color. Moreover, the standard policing model in the U.S. is one reliant upon militarization and the state sanctioned use of potentially deadly force. Officers are armed with lethal and “less-than-lethal” weapons and are authorized to use them in a wide array of circumstances, all of which rest on the officers’ perceptions of threat, docility, and disobedience.

The consequence of concentrated police power coupled with racialized patterns of enforcement, has resulted in exceptionally high rates of police violence against persons of color in the U.S. And while this violence is the most dramatic and dangerous consequence of racialized policing, it also has more mundane but still damaging effects on people of color who must endure disrespectful treatment (e.g. being stopped or questioned for being perceived as “out of place” in particular neighborhoods or areas) and the psychological burden of constantly having to fear bodily harm from agents of the state who are nominally charged with their protection. Decades of efforts at police reform, including various forms of “community policing,” police advisory and review boards, de-escalation and implicit bias training, body-worn cameras, and federal intervention via consent decrees, have failed to address the underlying legacies of racialized violence that lie at the heart of American policing.

Our campus police agencies are not exempt from these legacies and imperatives. Not only are campus police equipped with weapons and authorized to use force in a manner similar to noncampus agencies, they have also have demonstrated troubling patterns of racially selective enforcement. Students of color, particularly Black students, across our campuses report numerous problematic encounters with campus police, as do many visitors and staff. We are all also profoundly impacted by the ongoing police violence around the country, and feel it is imperative to radically reassess the role and existence of police in the UC in response to this moment. Clearly any plan to rethink the security and safety infrastructure in the UC system should be informed by the thoughtful, practical work of abolitionist scholars, organizers, and practitioners to ensure we adequately address institutionalized anti-Blackness and racism.1  There is a large and growing body of pedagogical, practical, and scholarly work on abolitionist models for community safety and security that demystifies the university’s contemporary reliance on a militarized police force as the unquestioned basis for protecting campus communities from harm. We acknowledge the well-intentioned work done by the Senate Systemwide Public Safety Task Force as well as the Presidential Task Force on Universitywide Policing. Ultimately, however, both of these recent reports fell into the category of narrow-bore and technocratic reforms that have failed to address the underlying roots of racialized policing. To that end, we have gathered and reviewed statements by students and faculty across the UC system about anti-Black police violence, and draw from them to make the following recommendations to guide the future of policing at UC:

On behalf of the UC Davis Chapter of White Coats for Black Lives (WC4BL), we are pleased to announce the release of the first Racial Justice Report Card (RJRC) for the UC Davis School of Medicine (SOM) and Health System (HS). We stand in strong solidarity with the statements expressed by the UC Davis Chapter of Student National Medical Association (SNMA) and ask for your support in holding our institution accountable to principles of racial justice.

WC4BL is a national medical student working group founded in 2014 with the mission “to dismantle racism in medicine and promote the health, well-being, and 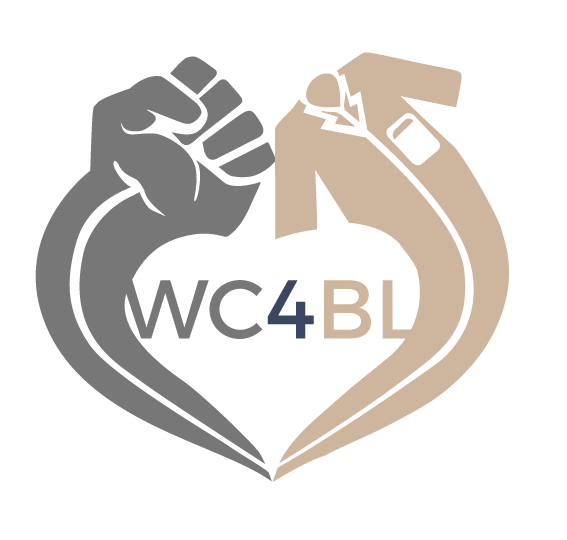 self-determination of Black and indigenous people, and other people of color.” Over the past several years, medical schools across the country (including UC Davis) have established chapters to promote this mission at their individual institutions. In 2018, the national working group created the RJRC, a student-driven report assessing 14 metrics regarding an academic center’s curriculum and climate, student and faculty diversity, policing, racial integration of clinical care sites, treatment of workers, and research protocols. The purpose of this report is to gather evidence on objective measures of racial justice and publicly disseminate data to promote institutional accountability, provide targeted solutions for existing inequities, and demonstrate proactive commitment to anti-racist principles and policies. The original RJRC recruited 10 medical schools across the country to gather data and produce a report; the metrics were subsequently updated and a 2019 cumulative report was published that included 17 medical schools.

In July 2019, student leadership within the UC Davis chapter of WC4BL began gathering data to publish a 2020 report for UC Davis, working closely with the Office for Health Equity, Diversity, and Inclusion (HEDI) faculty and staff to obtain information across the spectrum of SOM and HS metrics. Grades and item summaries were finalized and reviewed by the Office of Medical Education (OME) and SOM leadership, and based on these findings WC4BL created a series of recommendations to address identified areas for improvement. The report was subsequently updated to include the recommendations made by the UC Davis Chapter of SNMA.

The final RJRC was presented in June 2020 by WC4BL leadership to UC Davis SOM leadership, who agreed that the recommendations set forth in the RJRC were feasible and that action would be taken to begin the process of implementation.

We need your help to ensure this commitment is upheld. To express your full support for the RJRC and the recommendations made by WC4BL and SNMA, please join the Diversity Advisory Council (DAC) in signing the following petition: https://forms.gle/ako3o3J5nnHESNLv9

Please also consider supporting this work by sharing this email with  your networks within the UC Davis Health community. Thank you in advance for your support in driving the changes necessary to make UC Davis a more racially equitable institution. If you have any questions regarding the RJRC, please contact WC4BL at WC4BL.ucdsom@gmail.com.

We recognize that anti-Black racism has shaped the systems we learn and work in. We know that the transition from training to career is a high-stakes moment and that much advice for this moment assumes a particularly privileged subject: white, and also cis, straight, non-disabled, non-primary-caregiver, etc.

As Professor Jasmine Roberts and many others have showed us, we need to do better (1).

As a career exploration program, we must work to mitigate the isolating and confidence-eroding effects of these systems faced by the Black researchers-in-training at UC Davis and also to amplify Black researchers’ career achievements in all fields and sectors. We plan to mobilize our program resources to this work, specifically our spaces, networks, expertise, and access to decision makers in our field.

Supporting the Black members of our program’s community is central to the relevance and accessibility of our program, and we have incorporated this work into FUTURE’s 2020-21 Strategic Plan. But confronting anti-Black racism in our context is not a one-year project, but a much longer process in which we will continually revise our plan and publish new actions each year.