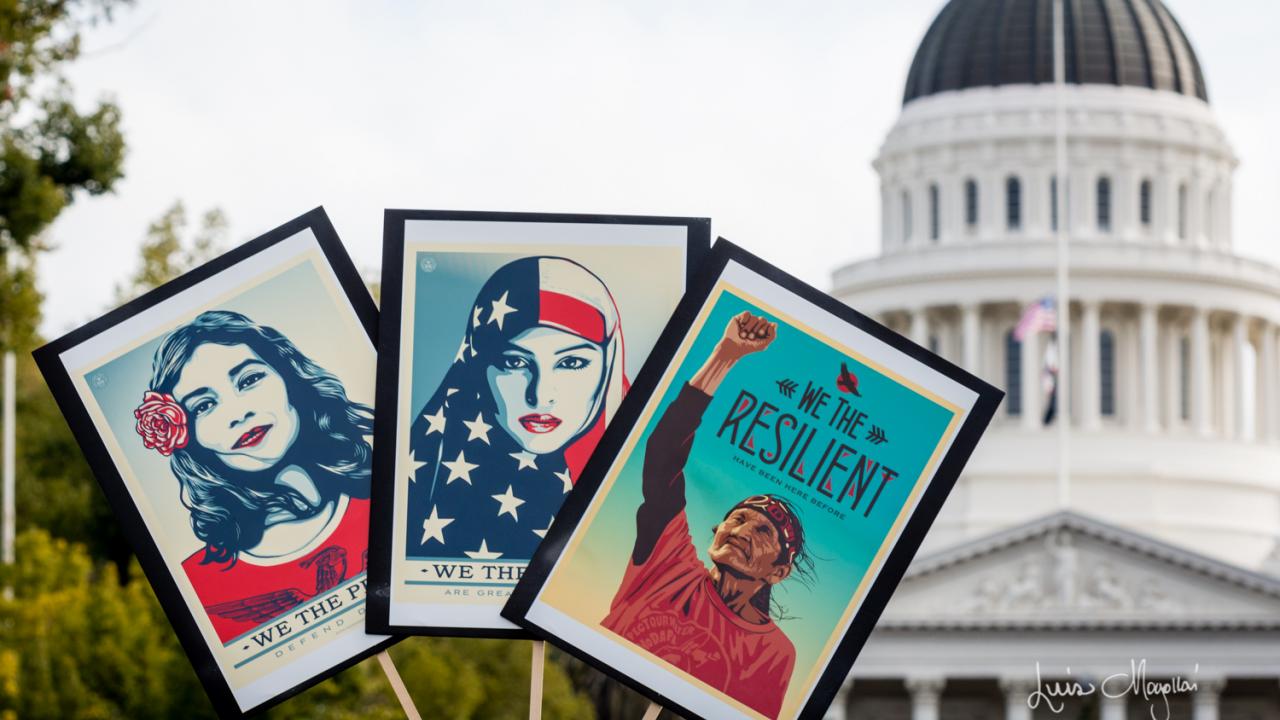 On Sunday September 24, 2017, while President Trump artfully distracted the nation by feuding with NFL football players over their First Amendment right to protest racial injustice in the United States, the White House released a Presidential Proclamation Vetting Capabilities and Processes for Detecting Attempted Entry Into the United States by Terrorist or Other Public-Safety Threats. This new travel ban (“travel ban 3.0”) replaces the previously revised travel ban issued March 6 (Executive Order 1380; Protecting the Nation from Foreign Terrorist Entry into the United States), which was due to expire that same night. Travel ban 3.0 has not received as much media attention or public consternation as the original travel ban. However, its harms, which are now indefinite, remain largely unchanged for five of the six predominantly Muslim nations included in the original travel ban (Iran, Libya, Syria, Somalia, and Yemen) while three new nations (Chad, North Korea, and Venezuela) are added to the list.

On its surface, travel ban 3.0 appears to draw careful distinctions in the degrees of travel restrictions imposed on each of the eight nations based on alleged differences in the security risks presented by each. However, with the exception of Venezuela, the most important fact is that travel ban 3.0 indefinitely bars nationals from all of the seven remaining nations from permanent immigration into the United States. No careful “tailoring” as the government claims, can hide this harsh reality. Moreover, six of the targeted nations (Iran, Chad, Libya, Syria, Somalia, and Yemen) are predominantly Muslim. Not unlike the previous two travel bans, travel ban 3.0 hurts predominantly Muslim U.S. families, Muslim refugees, and the entire U.S. economy with highly questionable national security gains.

Permanent immigration into the United States occurs largely for three primary reasons: to promote family unification between foreigners and U.S. citizens or lawful permanent residents, to recruit workers that Congress deems contribute to the U.S. economy, and to provide protection from persecution to refugees and asylum seekers. In 2015, the last year for which the government has provided official data on permanent immigration into the United States, over 20,000 permanent immigrants from these seven nations (the largest numbers from Iran, Syria, and Yemen) arrived in the United States to unify with spouses, children, parents or siblings, to begin gainful employment, often after completing programs of study in the United States, or to escape horrific repression.[1] Moreover, as of 2012, nearly 800,000 persons living in the United States come from countries affected by the ban, representing 2% of all foreign-born immigrants in the country.[2] With travel ban 3.0, potentially hundreds of thousands of U.S. families, some who have waited in backlogged immigration lines for years, confront the possibility of an indefinite separation from their loved ones. Moreover, in violation of our moral obligation and international and domestic legal commitments, under travel ban 3.0, the United States turns its back indefinitely on tens of thousands more refugees.

Travel ban 3.0 did ease some of the previously imposed travel bans in puzzling ways. Only two of the eight nations, North Korea and Syria, face an indefinite bar for both permanent and temporary immigration to the United States. Venezuela is a unique case because the ban on travel applies only to certain government officials. Somalia is also a unique case because temporary immigration is not suspended but rather subjected to additional scrutiny. For the remaining nations, the odd tailoring of restrictions or exceptions to the restrictions will largely mean that some temporary migration will be allowed to come in from each of these countries except for temporary visitors on business or as tourists. For Iran, the ban on temporary migration is even broader exempting only student categories. This begs the obvious question as to why the Trump administration considers it possible to contain the purported national security risks of travel for temporary migrants, who usually come to the United States in much greater numbers than permanent immigrants, while imposing more extreme measures to permanent immigration.

Universities across the country may view as positive that travel ban 3.0 lifts the student visa restrictions on most of the countries affected in the prior travel ban, including Iran. Students from North Korea and Syria, however, are indefinitely banned as students, while Somali students could still face undue restrictions. More importantly, however, travel ban 3.0 leaves intact the barriers that would significantly deter many foreign students, not only those who come from the nations directly affected, from choosing to study in the United States. Already, students from Chad, Libya, and Yemen are indefinitely banned from seeking permanent legal employment in the United States once they finish their studies while students from Iran are indefinitely banned from both temporary and permanent lawful employment in the United States. This significantly reduces the economic incentives for these students to choose their studies in the United States and it robs us of the opportunity to reap the benefits of a U.S. educated workforce. More importantly, the ban signals to these foreign students that they are considered security risks to our nation and are not wanted. Why should foreign students spend tens of thousands of dollars to study in a nation hostile to them and their contributions? Who among them is going to be targeted next?

More than a million international students currently study on U.S. college campuses, contributing nearly $36 billion to the U.S. economy.[3] From the targeted countries, Iran and Venezuela feature among the top 25 sending nations, and together comprise more than 20,000 students nationwide.[4] At UC Davis, our student population from the affected nations is fewer than 100, with the largest share comprised of students from Iran. These students are feeling targeted, isolated, and scapegoated. Each one of them, however, is a valuable member of our community. Their presence on this campus makes us a better university and enhances our understanding of shared or even different values, culture, religion, and ideas. Our shared spaces allow us to grow in respect for one another. U.C. Davis students and scholars affected by travel ban 3.0 can find support at UC Davis Services for International Students and Scholars. UC Davis remains committed to supporting and welcoming students and scholars regardless of citizenship or place of birth.

Travel ban 3.0 may have both delayed and muddled the legal challenges to the prior travel bans but it should not alter our moral indignation against the policies. The legal challenges to the prior travel bans relied on President Trump’s virulent anti-Muslim rhetoric to make a compelling case of the religious animus motivating the ban. The inclusion of Venezuela and North Korea in travel ban 3.0 could make this claim harder, particularly when immigration law’s exceptionalism already grants the President wide discretion to violate fundamental rights even of U.S. citizens directly affected by the ban (e.g., those who can assert a “bona fide” relationship to nationals from the banned countries). Law, however, cannot always provide the right answers. We must also be guided by our values, our humanity, and our common sense. Travel ban 3.0 remains essentially an anti-Muslim prohibition. It must also be understood in the context of a broader anti-immigrant agenda, which also targets other communities of color. This includes the recent immigration raids, DACA’s rescission, cuts in refugee admissions, and legislative proposals like the RAISE ACT which proposes major cuts to family immigration, which predominantly originates from Mexico, China, India and the Philippines. The national security justification for the ban has great appeal, but it is misguided. Since September 11, 2001, a vast majority of the perpetrators of terrorist attacks came from countries not listed in the ban, and many were born in the United States.[5] Security experts particularly puzzle over Chad’s inclusion since Chad has been an ally in the fight against terrorism.[6] Careful consideration must be given to how and whether immigration controls are necessary to improve U.S. security. However, indiscriminate immigration bans against entire nations are unlikely to make our nation safer. They will certainly, however, make us a less diverse and inclusive nation.