Center for the Advancement of Multicultural Perspectives on Social Sciences, Arts, and Humanities (CAMPSSAH) Scholars 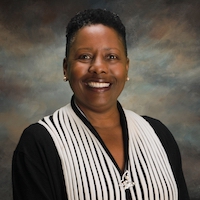 Founding Faculty Director and Associate Professor, Gender, Sexuality and Women’s Studies Department
Dr. Kimberly Nettles-Barcelón is the inaugural Faculty Director for CAMPSSAH.  She will work closely with Academic Affairs to strengthen the recruitment, hiring and retention practices under the Impact Recruitment Initiative (IRI) and to support URM faculty especially but also other faculty of color and faculty whose work brings multicultural perspectives in social sciences, humanities and the arts. 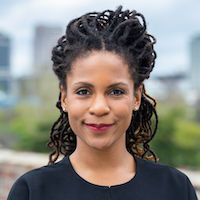 Assistant Professor, Department of Sociology
Orly Clerge is an Assistant Professor in the Department of Sociology at UC-Davis. Orly is an author and sociologist whose research focuses on race, migration, cities, inequality, and identity. Orly’s first book The New Noir: Race, Identity & Diaspora in Black Suburbia (University of California Press) is a comprehensive exploration of the making of Black diasporic suburbs. The New Noir examines how nationality and citizenship are negotiated by the Black middle class and is the first book in a two-book series on the politics of Blackness in the 21st century. For more information, go to: www.orlyclerge.com 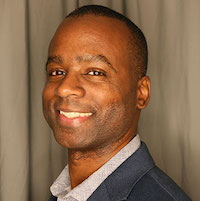 Assistant Professor, School of Education
Darnel Degand studies the various ways media and society influence the development of social success skills by exploring the social processes that exist within media production environments and media consumption experiences. His research also involves the design and development of educational media products and experiences. He received his Ed.D. from Teachers College, Columbia University. Before joining UC Davis, Darnel worked as an interactive media producer for nearly two decades. A sampling of his resume includes positions at Sesame Workshop, multiple online advertising firms, and the City University of New York. 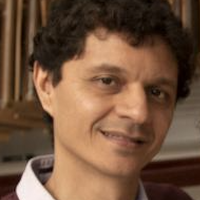 Assistant Professor, Department of Music
Juan Diego Díaz is an Ethnomusicologist with a geographic research interest is in Africa and its diaspora, particularly Brazil and West Africa. He studies how African diasporic music circulates and transforms across the Atlantic and how they serve individuals and communities in identity formation. He is currently working on a book manuscript on the musical construction of Afro-diasporic identities in Northern Brazil. His articles appear in journals such as Ethnomusicology, Ethnomusicology Forum, and Analytical Approaches to World Music. Currently he leads a Capoeira Angola ensemble at UC Davis. 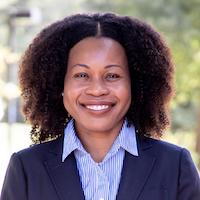 Professor of Law, School of Law
Stacy-Ann Elvy is a Professor of Law and Martin Luther King, Jr. Hall Research Scholar. Her research focuses on “the commercial law of privacy” and its relationship to emerging technology, and human rights law. Her scholarship has been published in leading legal journals and books, including the Columbia Law Review, Boston College Law Review, Washington & Lee Law Review, and Research Handbook on the Law of Artificial Intelligence. Her articles have also been identified and peer reviewed by distinguished legal scholars in online legal journal Jotwell as some of the best recent works of scholarship relating to commercial law and privacy law. Professor Elvy is currently writing a book, The Internet of Things: The Future of Commercial Law and Privacy (Cambridge University Press), that explores the consumer and legal implications of the Internet of Things. 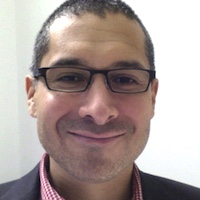 Associate Professor, Graduate School of Management
Stephen Garcia's research explores the psychology of competition as well as judgment and decision-making. His work has implications for understanding competition and cooperation in business and organizational settings. His research has also been featured in outlets around the world including The Economist, The Wall Street Journal, New York Times, and The Washington Post. Stephen was previously on the faculty at the University of Michigan where he most recently held a joint appointment as Professor of Psychology and Professor of Organizational Studies. Stephen is a graduate of Stanford, Harvard, and Princeton. 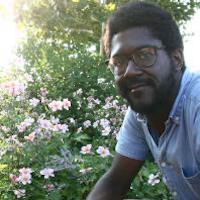 Assistant Professor, Department of Religious Studies
Jamal Jones received his PhD in South Asian Languages and Civilizations from the University of Chicago. Focusing on premodern India, he examines the intersections between religion, politics, and literature through textual studies. He has two main projects in this area. One is a book manuscript that investigates the social implications of theories of poetry as magic and ritual in medieval south India. The other is a translation of fifteenth-century narratives on the founding of the Nath tradition, an order of yogi ascetics, alchemists, and wonder-workers. 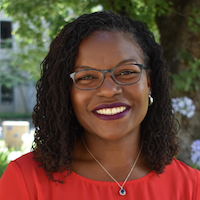 Assistant Professor, School of Education
Faheemah N. Mustafaa's research focuses on K-12 educators’ racial attitudes and practices, and students’ perceptions of their teachers. In particular, she aims to illuminate the diversity of racial attitudes and practices among Black K-12 educators. She is committed to equitable access to education and wellness opportunities for all children. Dr. Mustafaa completed her PhD in Education and Psychology and master’s in Higher Education at the University of Michigan. She is a Ford Foundation fellow and proud first-generation college graduate. Beyond work, she loves the outdoors, the arts, children, and great food and fellowshipping. 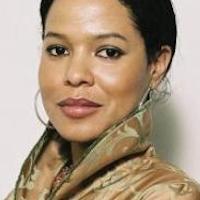 Associate Professor, Department of Cinema and Digital Media
Branwen Okpako was born in Lagos/Nigeria. She received a BSC in political sciences from Bristol University, England in 1991, followed by MFA equivalent in film directing from the German Film & Television Academy, Berlin (dffb) in 1999. Her graduation film Dreckfresser (Dirt For Dinner 2000) won several international awards. For her documentary film The Education of Auma Obama, Okpako received the 2012 African Movie Academy Award for Best Diaspora Documentary, the Festival Founders Award for Best Documentary at the Pan African Film Festival in Los Angeles (both in 2012), and the Viewers Choice Award at the Africa International Film Festival (2011).