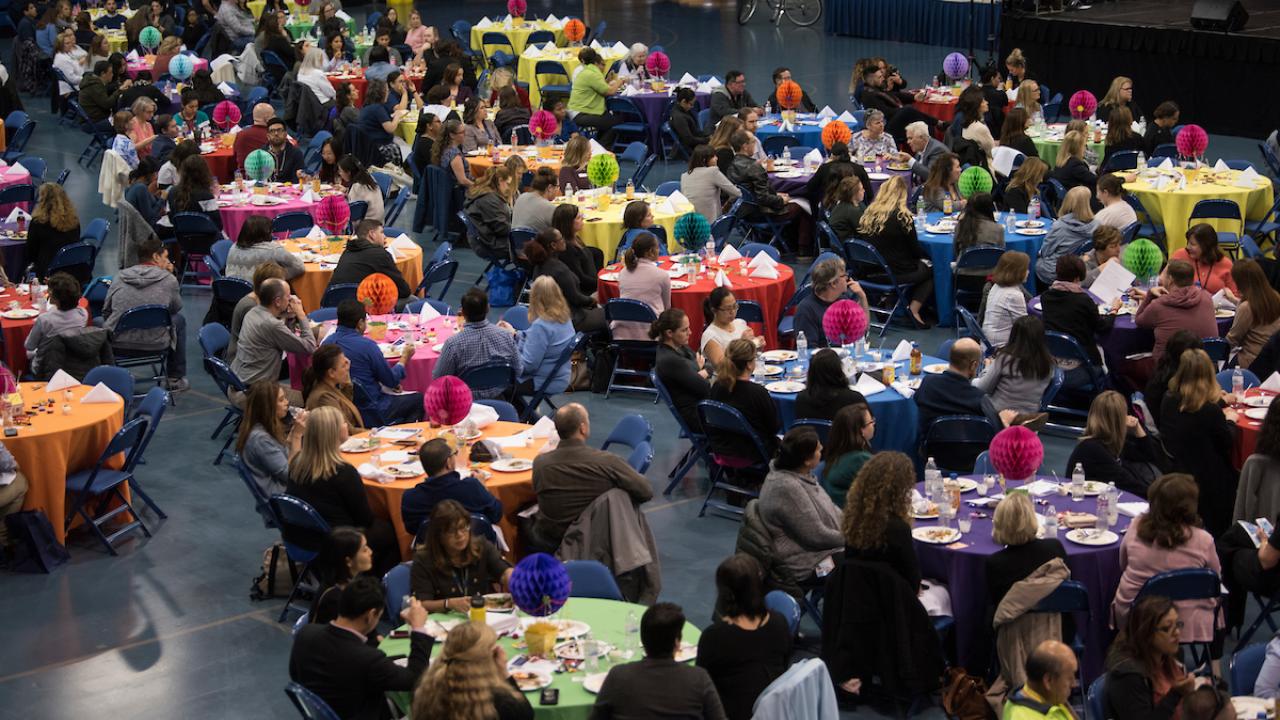 The spotlight made me uncomfortable even as it made so many around me proud. But more unsettling was that I did not recognize my own story, or at least the way the Arizona Republic rewrote it. The

author seemed enamored with the idea that I overcame challenges or so-called deficits–an immigrant and Latina, not able to speak English until age 10, enrolled in inner-city schools, a first-generation college student–all by myself through innate intelligence and hard work. I suppose some of that was true. I was a pretty weird kid who took a book to read on her first trip to Disney Land, but most of it was not.

I grew up a preacher’s kid in Central America to parents who modeled for me faith, virtue, and a commitment to social justice. Once, for example, in the small town of Totonicapan, a 90% Mayan region in the beautiful highlands of Guatemala, my mother defied the culture in our new home of having indigenous peoples sit in the back of the church. She was fierce and righteous. I grew up watching that, and it deeply influenced me.

And when my father got in trouble for his literacy work in rural communities, a U.S. church sponsored our permanent residence to the United States in 1982. We escaped Guatemala right when the most brutal years of the military dictatorship took hold. We came by plane, all five members of my family, empowered with legal documents, at a time when other refugees arriving by foot at the border were denied sanctuary.

These anecdotes of my life affirm two things the Arizona Republic ignored about my story. Foremost, I was more blessed than I was wanting. I was low income and my parents, at least in the US, worked as laborers. But my family was brave and good and hard-working and visionary, and they gave me the gift of love. Second, I did not succeed alone. My church community at that time became the institution that extended to me and my entire family sanctuary through legal sponsorship when borders were shut to most Central Americans.

When I arrived in the US, mentors who acted individually or collectively, helped me discover my own potential. For example, Ms. Tobin, my seventh-grade teacher, a beautiful black woman who sang like an angel at my inner-city school who said to me: “Child, you don’t even know how smart you are. What do you mean you want to be a flight attendant? Girl, you can conquer the world and buy your plane.” So, I decided to be a lawyer instead. Or Mr. Coin, a wise and visionary Navajo man who directed ASU’s Upward Bound program and who believed, with all his heart, that inner city kids like me could change the world.

As I gained consciousness in law school and in my practice as a human rights lawyer, I also began to recognize that a whole civil rights movement had made it possible for me to access Harvard Law School.

So, no, the Arizona Republic got most of my story wrong: My journey had been constructed and paved through collective kindness, wisdom, and brave battles over time.

My own story informs my approach to diversity work at UC Davis in at least three ways:

First, I do not automatically view persons who do not come from traditional notions of privilege through a lens of deficit.  Rather, I try to uncover the institutional deficits that get in the way of fully embracing and valuing their potential. Labels like “low-income,” “first generation,” “URM,” “immigrant,” are associated with lower predictors of success in institutions of higher learning. I do not deny that data tends to support this. But I do question why our focus and, thereby, our solutions to why these students who are “underperforming” tend to reinforce the message that “the student is to blame.”  Of course, we also recognize this state of affairs is largely not the students’ fault but the system of inequitable education that bring them to our campus. We are often blind to how institutions are failing our students by refusing to adopt from our dominant culture or our traditional approaches to education that often leave these very students feeling excluded, isolated, unseen, or, worse, labeled, and underestimated.

In the recent discourse on diversity, we hear some attempts to reframe the deficit discourse that often attaches to under-represented communities, so we talk about character traits such as grit and perseverance. This is a start, because it is often true–our students are resilient–but part of their resilience is based on battling cultures of exclusion that refuse to see and value their tremendous gifts and potential, including their own families and communities as a liability rather than an asset. I see this happening to my own son as he navigates public schools in the US as a Latino child and it both pains and angers me.  When I filled out the form about what languages we speak at home and proudly wrote English and Spanish, he was labeled ESL rather than bilingual. When he disengages from school, he is labeled lazy rather than recognized as bored out of his mind because he is not challenged. When our students are struggling, we do not ask ourselves how our class sizes, our curriculum, and who is teaching our students may be disempowering them. Thus, I view that part of my work is helping to rewrite the way in which we tell the story of success or failure of our youth on our campus.

Second, I recognize the power of individual interventions. I share my own stories of Ms. Tobin and Mr. Coin and I can name at least twenty more people who, even today, tap my shoulder to say, “I see your light.” These interventions matter–a lot–in the work of equity.  What we do every day on this campus to see the light in a student or in a peer matters, no matter what your role may be. Do not underestimate that.

Finally, I also, recognize the limitations of individual interventions in the absence of more transformational structural reforms to address inequities and injustice. This is what is hardest about the work of diversity, even in the way we frame it. In fact, like many who view this work through the lens of social justice, I prefer the language of equity. I confess that when I took this job, many of my friends who know me well tried to talk me out of it. They told me I would become frustrated; they said I will not have the power or resources to change much (a true statement) and even if I get the resources, I cannot affect the structures or cultural barriers that obstruct the real work of equity (also true). But if I learned something though my years as a human rights lawyer–and then as an educator of lawyers who wanted to change the world – it is this: revolutions do not happen in a day, nor are they comprised of single moments or the single acts of individuals–rather, revolutions are the culmination of many small interventions by many who persist over time. Particularly in uplifting events like Soaring to New Heights, I am reminded that I am a member of a collective community of UC Davis warriors comprised of many who together are engaging in daily interventions however small that overtime do transform culture and institutions and for that, I am deeply grateful and hopeful.