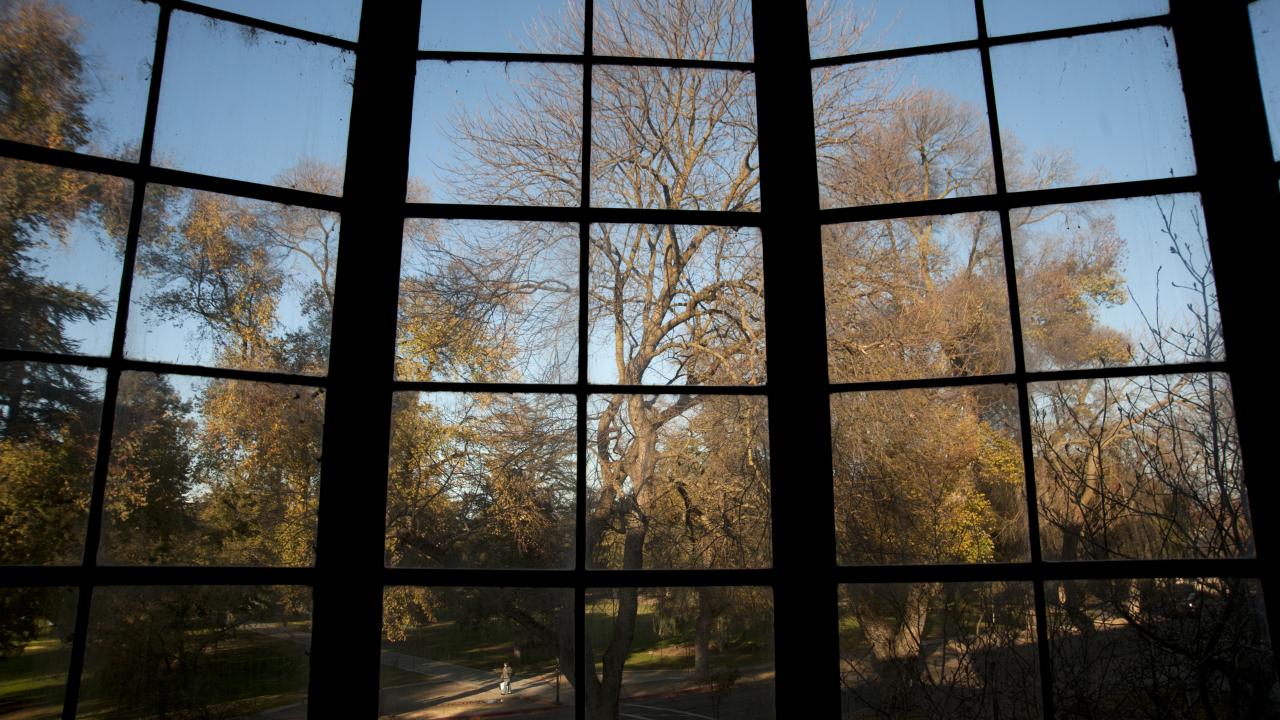 When More than Half of Law Graduates Fail the California Bar Exam
Raquel Aldana, Associate Vice Chancellor for Academic Diversity and Professor of Law, UC Davis

Days before Thanksgiving, on November 17, the California State Bar announced the July 2017 bar exam results. At a pass rate of 49%, the outcome was only slightly better than a year earlier when results were an abysmal 43%. Since California is the largest state in terms of licensing lawyers, next to New York, the effects of California’s bar exam are quite substantial. In simple numbers, while 4236 law graduates passed the July 2017 California bar exam, a greater number of 4309 did not. These results are indefensible and the cost on the individual test takers and the legal profession as a whole unjustified.

When would-be lawyers fail the California bar exam, their lives are upended. Many lose their jobs or face delays of months or years to start their professional lives as lawyers. This result might make sense if the California bar exam actually did a good job of excluding incompetent lawyers from the profession. Unfortunately, especially in California, the bar exam largely fails in this important task. Every year when I learn the identity of many former students who do not pass the California bar exam I grow in my resolve to question the exam’s validity to measure minimal competency to practice law. Among the students who fail are always more than a handful of incredibly talented young professionals who would make great lawyers and are already exceptional advocates. I have hired some as my research assistants with excellent results.  Others have earned high grades for exceptional research and writing in legal memoranda or papers for seminars or for the highly competent representation of clients as part of service learning or legal clinics. It is also false that many of these young people did not study enough for the test or are somehow deficient in their skills as lawyers.

Critiques of the bar exam’s failings abound and are not new. For years, legal educators have lamented the test’s deep flaws for how it tests and for what it fails to measure. For example, with the exception of the performance test,[1] the California bar exam relies on test takers memorizing thousands of distorted rules and having to produce answers as a series of multiple choices or in rushed essays. This should never be the way lawyers practice law. Most law today is codified and legal analysis requires nuanced textual interpretation, in addition to careful case law research to analyze and apply precedent. The best legal writing requires careful editing and time. The test also fails to assess most of the important skills that are essential to effective lawyering such as fact-finding, problem-solving, listening, and the ability to collaborate with other legal professionals.[2] The bar exam further fails to keep pace with a rapidly changing profession with emerging technologies and diverse client needs. And yet, the bar exam often dictates too much how law schools teach law to their students. Unfortunately, especially today when law schools face significant decreases in enrollment and scrutiny for the success of their students on the bar exam,[3] many sacrifice not only innovation in the curriculum but methods to teach sound or critical legal analysis in favor of rote memorization to emphasize helping their students pass the bar exam. This state of affairs of legal education is not new. As early as 1992, the McCrate Report,[4] published by the ABA Section of Legal Education and Admissions to the Bar, lamented the undue influence that the bar exam has on the structure of curriculum and teaching methods on U.S. legal education.

In California, the pernicious harms on individuals and legal education are worse given the exam’s notoriously high cut score. On October 18, 2017, the Court refused to lower the California Bar examination’s cut score of 1440, opting to remain the second-toughest graded bar in the country after Delaware.[5]  This decision was both puzzling and disappointing. Just three months earlier, the California Supreme Court stripped the Committee of Bar Examiners of its authority to decide the minimum score needed to pass the state’s examination. Many perceived this decision as suggesting that the Court was finally ready to set a more reasonable grading standard. Indeed, for the July 2016 exam, had the California bar exam been graded like the New York State bar (which has a score of 1390), 1789 more lawyers would have been licensed lawyers in California.[6]  Instead, the California Supreme Court sent a message to law schools to consider whether curricula and teaching techniques might account for the recent decline in the bar exam.[7] This conclusion is both out of touch with what has actually been occurring in the law school classroom for years and it perpetuates unfairness by relying on a cut score that is higher than that adopted by forty-eight states in the nation without justification.

Quite unfortunately, the California Supreme Court’s October 18 decision will also unnecessarily retard diversifying the legal profession in one of the most diverse states in the nation. Law is the least diverse profession in the nation[8] and this trend is not changing.[9] Eighty-eight percent of lawyers are white.[10] Latinos/as, who are 18% of the population nationwide and 39% in California, comprise only about 4% of all U.S. lawyers.[11] They are also only 1.8% of all law firm partners and occupy only 4.5% of all federal and state judicial positions.[12] Black lawyers are not faring much better. Only 4.8% of lawyers in the U.S. are black[13] while only 1.8% of partners in law firms.[14] For their part, Asian Americans comprise the fastest growing minority group in the bar but are not found in the top ranks of the profession. Today, there are more than 50,000 Asian U.S. lawyers and another 7,000 are studying law. Yet, for example, while they make up 6% of the U.S. population, Asians make up only 3% of federal judges and 2% of state judges, while only 3 out of 94 U.S. attorneys are Asian.[15]

There are multiple reasons that explain the lack of diversity in the legal profession but the bar exam, particularly the high cut score in California, plays a role. Nationwide, the median cut score for the bar exam is 1350 and each cut score above this median threshold has a dramatic effect on the diversity of the profession. The California State Bar’s Final Report to the Court showed that reducing the cut score on the July 2016 bar exam from 1440 to 1350 would have increased the number of African American applicants passing the exam from 104 to 222 (or by 113%), Latino/a applicants from 379 to 664 (or by 75%) and Asian applicants from 676 to 1066 (or by 58%). In contrast, the same change in cut score would have increased the number of White applicants passing the bar from 2,019 to 2,874 (or by 42%).[16]

There are alternatives to the bar examination that we ought to consider seriously.  New Hampshire, for example, has such an alternative licensing model. Its University of New Hampshire School of Law allows second- and third-year students to participate in a kind of apprenticeship where they learn basics like taking depositions. Those accepted to the Daniel Webster Scholar Honors Program create portfolios of their written work and record their oral performances, which are reviewed by state bar examiners after each semester. Those who pass the review can skip the bar exam and go directly into practice.  Other individual states, including New York, are also weighing alternatives. At a minimum, the California Supreme Court should reconsider its decision to retain the 1440 cut score. This would not address the examination’s flaws and it may not affect its influence on legal education. It will, however, at a minimum, increase the diversity of the profession. California has not been served well by an unusually high bar exam cut score. The time is ripe to do the right thing.

[1] Performance test questions are designed to test an applicant's ability to understand and apply a select number of legal authorities in the context of a factual problem.

[4] Legal Education and Professional Development—An Educational Continuum, Report of the Task Force on Law Schools and the Profession: Narrowing the Gap (July 2992), https://www.americanbar.org/content/dam/aba/publications/misc/legal_education/2013_legal_education_and_professional_development_maccrate_report).authcheckdam.pdf.

[5]  In re California Bar Exam (2017), https://newsroom.courts.ca.gov/news/supreme-court-issues-letter-relating-to-in-re-california-bar-exam.

[8] Deborah L. Rdohe, Law is the Least Diverse Profession in the Nation. And Lawyers aren’t Doing Enough to Change That, The Washington Post, May 27, 2015, https://www.washingtonpost.com/posteverything/wp/2015/05/27/law-is-the-least-diverse-profession-in-the-nation-and-lawyers-arent-doing-enough-to-change-that/?utm_term=.fca85228cef9.

[9] Renwei Chung, Diversity in the Legal Profession has Flatlined Since the Great Recession: Who is to Blame? Jan. 6, 2017, https://abovethelaw.com/2017/01/diversity-in-the-legal-profession-has-flatlined-since-the-great-recession-who-is-to-blame/.

[11] Raul A. Reyes, Where are all the Latino Lawyers?: Hispanics Scarce in the Legal Profession, Oct. 13, 2017, NBC News, https://www.nbcnews.com/news/latino/where-are-all-latino-lawyers-hispanics-scarce-legal-profession-n809141.

[13] Yolanda Young, Why the US Needs Black Lawyers Even More than it Needs Black Police, The Guardian, May 11, 2015, https://www.theguardian.com/world/2015/may/11/why-the-us-needs-black-lawyers.