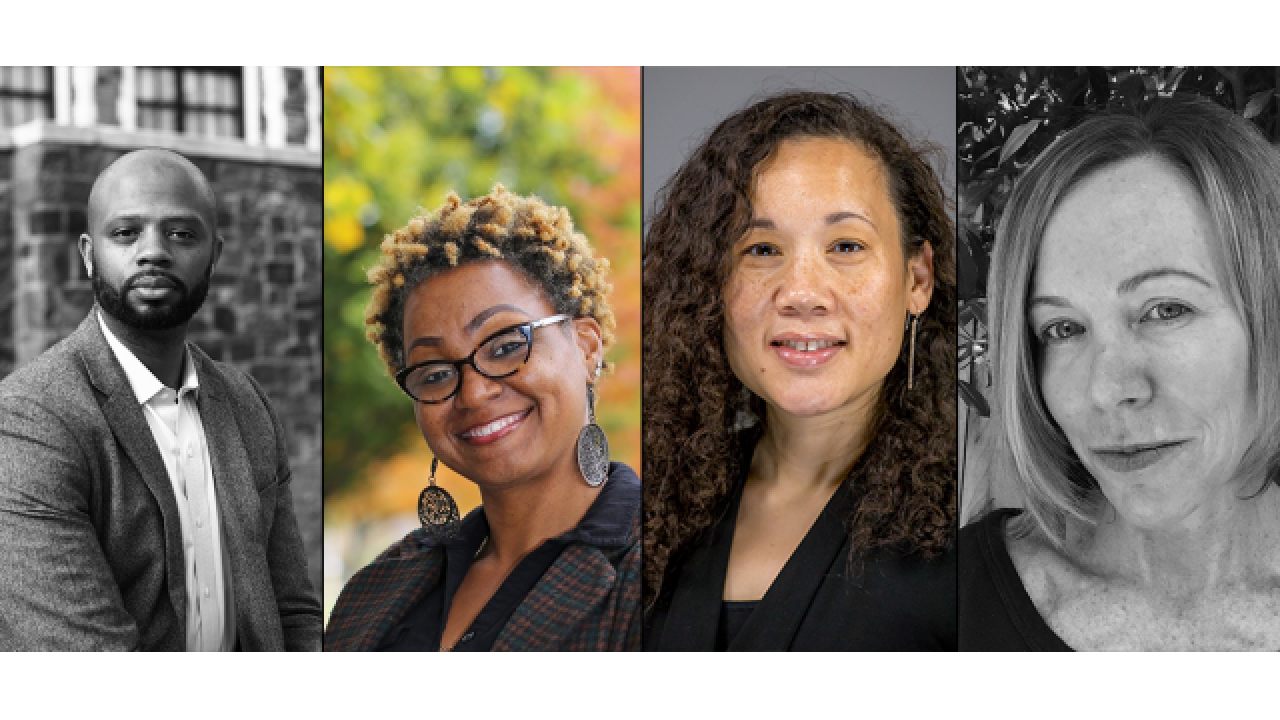 The current movement against anti-Black racism and police violence has deep suburban roots. #Black LivesMatter emerged in the wake of the killing of Trayvon Martin in a gated community in suburban Florida. With the murder of Michael Brown by police in Ferguson, Missouri, a “declining” inner-ring suburb of St. Louis, resistance against such violent expressions of anti-Blackness became globally recognized. Today, the streets of American cities, suburbs, and rural communities in every state in the U.S. have erupted with protesters demanding an end to racialized policing, and more promisingly a wholesale rethinking of policing and notions of community safety. Yet much of the discourse frames urban space as both the locus of state-led violence and the rebellious uprisings that seek to reveal and undo their underlying logics and tactics.

This conversation seeks to decenter “the urban” and asks instead what it means to think about policing and protest from a (sub)urban lens. That is, as social and political practices that do not respect municipal bounds, but are at the same time deeply spatialized. What possibilities does such a reframing allow in reimagining not only where police violence occurs, but also why and to what effect? And what possibilities does it open up for organizers, activists, and scholars on the front lines seeking new forms of racial redress and justice in and beyond policing? The virtual conversation will feature three scholar-activists whose recent work focuses on racialized policing practices, anti-black racism, and uprising in affluent enclaves as well as increasingly segregated, high-poverty suburbs across the U.S.

Moderator: Willow S. Lung-Amam, Ph.D. is Associate Professor in Urban Studies and Planning at the University of Maryland, College Park. Her writings on suburban inequality and racialized redevelopment politics, include Trespassers? Asian Americans and the Battle for Suburbia, and a manuscript currently in development, The Right to Suburbia: Redevelopment and Resistance on the Urban Edge.

Andrea S. Boyles, Ph.D. is a feminist, race sociologist and critical criminologist. Her writings on Black citizen-police conflict and racial-spatial politics in the suburbs include manuscripts Race, Place, and Suburban Policing: Too Close for Comfort and You Can’t Stop the Revolution: Community Disorder and Social Ties in Post-Ferguson America.

R. L’Heureux Lewis-McCoy, Ph.D. is an Associate Professor of Sociology of Education at New York University. His writings on suburban inequality and education include Inequality in the Promised Land: Race, Resources and Suburban Schooling and a manuscript currently in development, Suburban Spoils: Racial Blockages to Housing and Educational Opportunity.

Jodi Rios, Ph.D. is a scholar, designer, and activist whose work is located at the intersection of physical, social and political space. Her writings on the practices and counter-practices of everyday forms of racialized policing in the suburban context include Black Lives and Spatial Matters: Policing Blackness and Practicing Freedom in Suburban St. Louis.